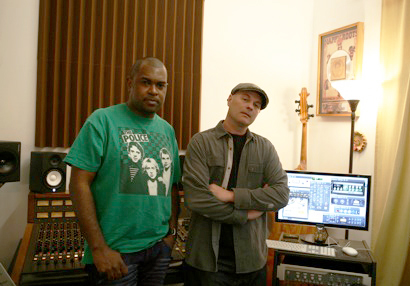 With his eclectic influences and amazing consistency, Grammy-nominated DJ/Producer Josh One is one of the LA underground's most distinctive young producers. Working with Sean Paul, Nappy Roots, King Britt, Truth Hurts, Uncle Imani (Pharcyde), the late J Dilla, Blu, and many others, Josh One combines live musicians with MPC expertise to craft modern, groove-oriented tracks that pay homage to classic vinyl.

Over Ian Boxill’s 15-year career, his consistency in mixing and engineering for the likes of Quincy Jones, Janet Jackson and Prince has earned him numerous awards — including a Golden Globe in 2007 for Prince's “Song of the Heart” from the movie Happy Feet, and a 2008 GRAMMY® award for another Prince song, “Future Baby Mama," winner of the Best Male Vocal Performance.

In this edition of Producer's Corner, Josh and Ian give us their breakdowns of how the song, "After It" — by Julie Walehwa feat. Buff1 — all came together with a little help from UAD Powered Plug-Ins.

From the Top with Josh One

“After it” started with an old jazz drum loop I dug up, and punched up with some modern drums I programmed on top of it. I added some grand piano samples that I had recorded a while back, then chopped them up and programmed the main melody. I got [Macy Gray bassist and "American Boy" co-writer] Caleb Speir into the studio, and he dropped a sick bass line, then we did a rough mix of that and gave it to vocalist Julie Walehwa. She wrote the lyrics, and then came down to the studio to record the vocal. She's an incredible talent, and nailed it with ease — total first take.

Next, I called upon Patrick Bailey, my musical partner in our production team, Substratum, and he laid down the guitar and trumpets. There was an open part that I thought I might be able to get a guest MC on, so Buff1 of Crown Royale came to the studio and basically killed it, another first take. Lastly, I added some genuine Rhodes and some Juno 60 sprinkles and handed it over to Ian Boxill to mix.

In the Mix with Ian Boxill

On the main loop in the song, I used the UAD Fairchild 670 Compressor and a Pultec Pro EQ. The loop provides the snare roll in the track and the busy ride cymbals that drive the groove along. It's one of those elements that is hard to hear when all the instrumentation is in, but if you were to mute it, the whole track would fall apart. The Fairchild was set for about 1dB of compression and a time constant of 1. In most cases when I use the Fairchild, the time constant is set to either 1 or 2. On rare occasions, I might use the 4 or 5 setting on something like vocals.

On the Pultec Pro EQP-1A portion, I added some 100Hz on the low end and some 8k to the hi-frequency. On the MEQ-5 portion, I dipped 500Hz out of the low-mids and added a ton of 3k on the hi-mids. Overall, the full and smooth sound of the Pultec Pro was perfect for the loop and I was able to make the loop work with the drums that Josh had programmed on top of it.

The main kick plug-in path consisted of an LA-2A Classic Leveling Amplifier with about 1dB of compression — for warmth and a little UA digital "tube" girth — into an 1176LN Classic Limiting Amplifier with 3dB compression and the attack set at 5. The 1176LN tightened the kick up a little and made it sit in the track better without it fighting the 808 kick that is basically doubling it. My EQ of choice for the kick was the Neve 1073 and this made the biggest difference on the kick. I added a ton of 100Hz and took out some 1.5k and this made the kick nice and round, yet still clearly defined. I find the Neve EQs to be excellent on drums; I also use them on vocals for character, on bass for definition, and on electric guitars for tone. I would consider the Neve 1073 one of my go-to EQs; however, it's not uncommon for me to bounce around between all four of the Neve EQ's on a mix.

To get some punch and glue on the drums, I slapped the UAD-2 FATSO™ Analog Tape Simulator & Compressor plug-in on the drum bus and that was all that was needed — instant magic. On the dry drum stem the FATSO was bypassed, as well as the EQ on the Loop and the main kick.

The bass guitar track was pretty straight forward: an 1176LN into a Pultec Pro. I rolled off more low end on the bass than I normally would on this song, so that it would sit on top of the 808 kick drum frequency-wise, and also blend with the buzzy synth line doubling some of the bass notes. I then attenuated 60Hz a lot and boosted 200Hz on the Pultec Pro. On the dry stem, the 1176LN and the Pultec Pro are bypassed. 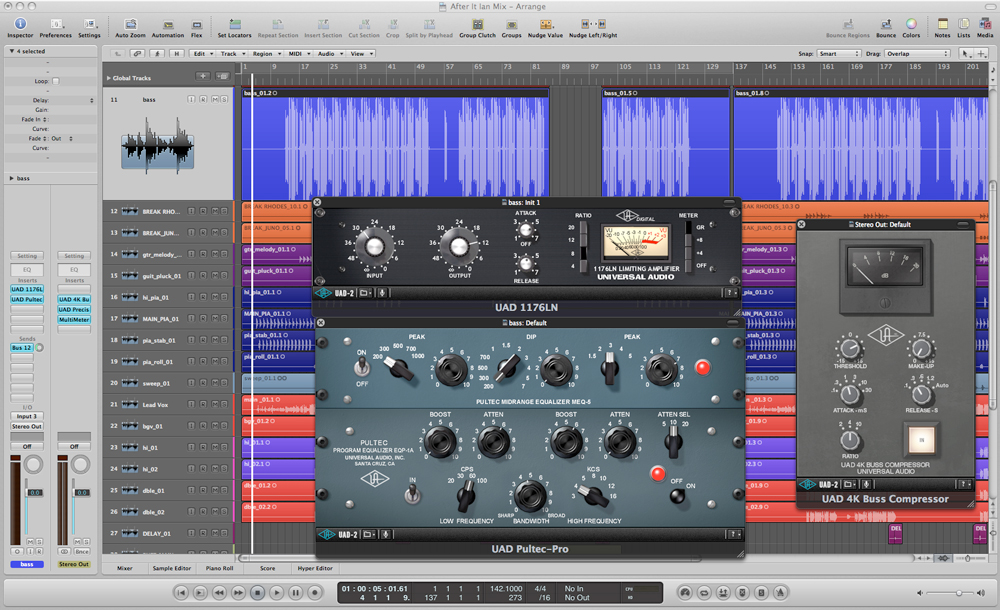 The Lead vocal chain was a UAD Precision De-Esser, into the Logic Pitch correction followed by an 1176LN and the UAD Harrison 32C EQ. Sibilance was very apparent on the "T"s and the "CH"s, so the Precision De-Esser was the perfect tool to go in and tame those sibilants without losing presence and clarity. The 1176LN was hit pretty hard on the lead vocal track — usually hitting anywhere from 5 to 7 dBs of compression, which made a huge difference in the energy of Julie’s performance while keeping her dynamics under control. Both the 1176LN and the LA-2A just seem to work on vocals 99% of the times. I tend to use the LA-2A on smoother, more laid-back vocal tracks, and the 1176LN on more aggressive vocal tracks.

To top the track off and gel the whole mix together, I used the new SSL G Series Bus Compressor on the master buss, which did the trick and worked it's magic. Because I learned to mix on an SSL G desk, it was quite easy to make the transition to the UAD-2 version. The plug-in totally captures all of the sonic characteristics and punchiness of the hardware version. Finally, the Precision Limiter was added to the master bus and used sparingly to add volume to the mix while keeping the sonic integrity intact. 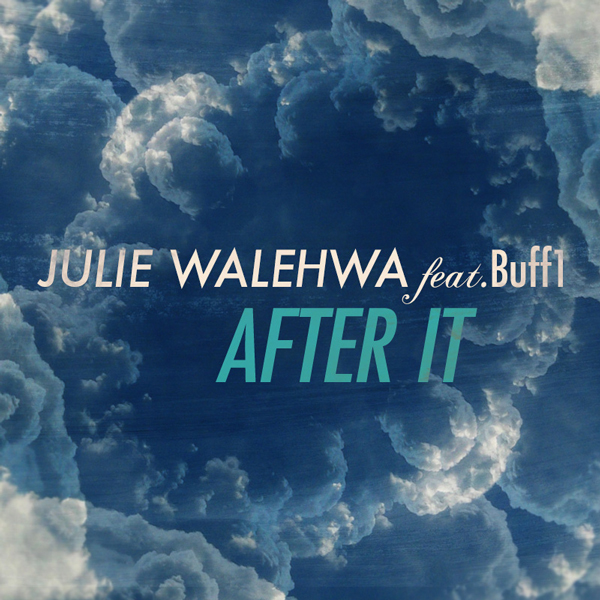 Calling All Producers! Have you got a standout original music mix that you want to share with the world in a future edition of  "Producer's Corner"?  Drop us a line at  artists@uaudio.com with a link to a high-resolution mp3 (320bps) for consideration.