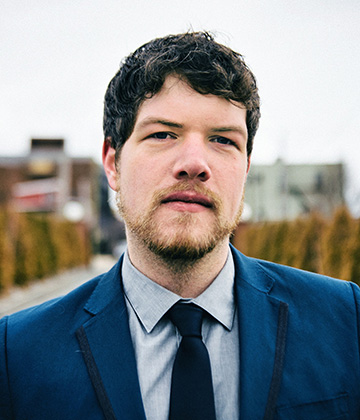 "I like to mix as I go rather than waiting until the end," says Ben Lindell.

Based out of New York City, Ben Lindell is a record producer/mixer/engineer who has worked with artists such as 50 Cent, MGMT, and Chromeo. He is a founder of EMW Music Group, whose debut album, Shuffle, is currently being sold with all proceeds benefitting the VH1 Save The Music Foundation.

In this Producer’s Corner, Lindell details how he used UAD Powered Plug-Ins to amazing effect on Amanda Brown’s contribution to Shuffle, “Fly Away,” her first song since appearing on NBC’s The Voice.

Both Amanda Brown and myself are musicians today, partly because of the great music programs we were fortunate to be a part of when we were younger. There’s nothing more rewarding than creating music for a purpose, and we couldn’t think of a better cause than helping VH1’s Save The Music Foundation, which aims to restore music programs around the country.

“Fly Away” was the last song written for the project. It was composed on a Tuesday and tracked, mixed, and mastered just 10 days later. It was definitely one of the quickest turnarounds I’ve been involved in — especially considering the final mix session has 102 tracks total!

Working that quickly was great because it didn’t allow time for us to think about things too hard. We all just went with our guts, and the result is an emotional record that showcases Amanda’s amazing vocals in a really special way. 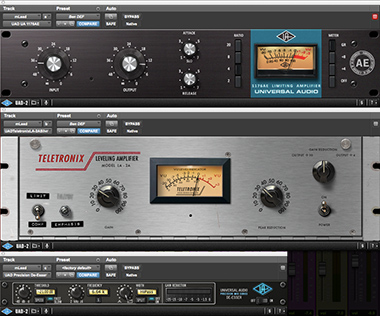 The signal chain for the main lead vocal bus.

Something that I’ve been doing a lot lately is placing the lead vocal on separate tracks for different sections of the song, and then busing them together. This allows me to easily add some individual processing to each section as well as overall lead vocal processing. There are many benefits to working this way, both technical and creative:

It Saves DSP: Even though I use a UAD QUAD and DUO DSP Accelerators together, I still max them out on these 100-plus track sessions. So instead of copying the same plug-ins over multiple tracks, bussing them together allows me to use less, and do more.

Musical Automation: It allows me to ride a fader and control how hard I drive my compressors, which helps smooth out my volume automation in a really musical way.

More Dynamic Reverb and Delay Sends: I usually add my compressors on the vocal bus track and my reverb and delay sends are on the individual tracks, so when the vocal gets louder on a note or phrase — even if the compressor holds the volume in place — the uncompressed signal is being sent to reverb, giving all the vocal peaks a little extra sauce if you will. 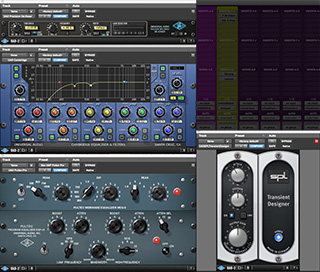 The signal chain for the verse vocal channel.

Softening Up the Verse Vocal

To give the verse vocal a slightly sweeter character, I used the Pultec-Pro EQ, the Cambridge EQ and the SPL Transient Designer plug-ins to take off some of the edge.

Here is the lead vocal without any processing:

And here it is with the Pultec, Cambridge, and SPL plug-ins:

Finally, running through the main vocal bus with the LA-2A, 1176, and SPL: 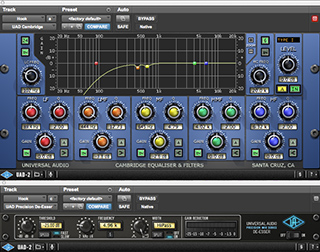 The signal chain for the chorus vocal.

For the chorus vocal channel inserts, I used the UAD Cambridge EQ to clean up the bottom end, while tag-teaming the de-essing duties between a Sonnox SuprEsser and the UAD Precision De-esser Plug-In.

Here is the chorus vocal dry:

And here it is running through the Cambridge and Precision De-Esser:

Finally, running through the main vocal bus with the LA-2A, 1176, and SPL:

By using several de-essers I’m able to push the brightness of the vocal, so it really “pops” without hurting the listeners ears. 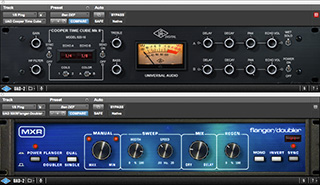 The chorus synths and hand claps rely heavily on a ping pong delay provided by the UAD Cooper Time Cube MKII Delay. It's an older plug-in, but I use it all the time for the wonderful color it adds. I also used a MXR Flanger/Doubler for a little modulation, which adds some movement to the top end.

Here are the synths and claps together without any processing:

And here they are with the Cooper, but without the MXR:

Finally, with the Cooper and the MXR: 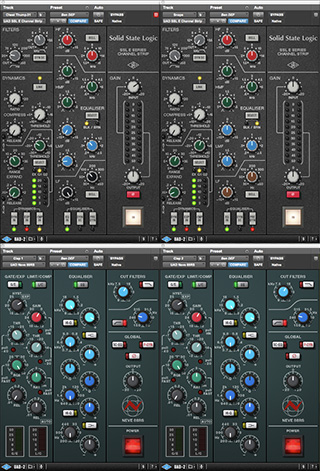 The SSL and Neve channel strips.

My production partner at EMW, Doug Larsen, had the great idea to replace the drum samples in the second verse with himself. These tracks were prime for exaggeration, and I wanted them to sound just as big and full as the rest of the drums throughout the song. All it took was some pretty crazy SSL E Series Channel Strip and Neve 88RS Channel Strip, settings doing lots of EQ on the chest thump to make it thump, a high pass filter at 400Hz on the finger snaps, some gating, and finally lots of high boost on the claps.

Here is the track without the UAD plug-ins:

And here it is with the UAD processing: 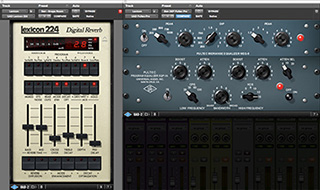 I used the Lexicon 224 Digital Reverb Plug-In, which adds an awesome ambience, but the drums were bunching up a little bit in the low mids — a perfect spot for the Pultec Pro to clean up around 200Hz. The Pultec Pro plug-in adds a really nice character to the top end that works well on my reverbs as. It’s a very subtle adjustment, but it helped the midrange on the drums speak a little clearer and also made the space around them a little prettier.