Based in Philadelphia, dance music pioneer King Britt has been a trend-setting producer, musician, DJ, and label executive in his 20-year legacy. His production career began in the 1990s with his first record, Tribal Confusion, on the classic dance label, Strictly Rhythm. In 1994 he founded the revered electronic label, Ovum Recordings with his partner Josh Wink. 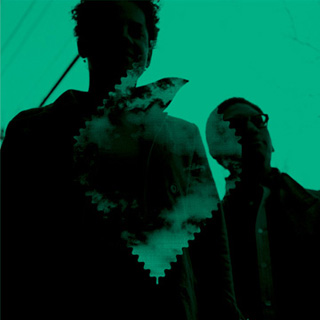 As a respected remixer, King has retooled a diverse range of artists, from Miles Davis and Everything But The Girl, to Curtis Mayfield and Macy Gray. His production collaborations also include Alison Moyet, De La Soul, Grover Washington Jr, Kathy Sledge and King Sunny Ade.

Developing The Song, Bit by Bit

I was in a hotel room in Miami with a load of downtime, which is the best time to create because you are limited to what toys you have with you. This enables you to get deeper into things you may not normally use. So, this particular session, I found myself making some bass and beats with a new Max For Live plug-in. I made some completely different sounds, thinking they would end up being completely different songs.

When I got home, my lady and partner in Saturn Never Sleeps, Rucyl Mills, heard the two sketches and suggested I combine them into one song. Genius!

For the drums, I created a kit by recording some found objects in the studio. To turn these “found sounds” into a crisp loop, I used the Neve 1073 Classic Console EQ Plug-In for UAD-2 to add some bottom-end. I boosted the sum of the kit around 60Hz to pick up any low end from when I recorded the punchier sounds. I then boosted around 350kHz to get a low-mid punch and bring some noise in the top. I always use the UAD Neve 1073 on most of my channels when mixing. I pretend I actually have a Neve board by virtually creating one.

Next, I got the dbx® 160 Compressor / Limiter Plug-In, which is one of my favorite plug-ins. I set the Threshold around 1, and the Compression to around 2, but then I bumped up the output gain a hair to get it to cut through. The before and after is like night and day.

Making the Bass Cut Through on a Laptop

For the beginning of the song, I created two bass lines that rhythmically played around each other. They work well together; one has more of an Aphex Twin vibe – distorted and bit-crushed down to cut through the lower mid-range – and then the other was a sample from my Korg Mono/Poly synthesizer that gave more of the low end.

Using the UAD Neve 1073, I EQed these two bass lines, then combined them on one track. Because I wanted the bass to cut more on a laptop speaker (as everyone listens to music while working), I saw a tutorial on UA website discussing the Precision Enhancer. This plug-in helped give a sense of low end on laptop speakers. Finding the right frequency around 2.55khz and bringing the sensitivity to about 41%, I started to feel that there was a touch more low end when listening on laptop. It’s such a subtle change, but it really makes a difference in the end.

A Trick For The Master Channel

A good friend of mine, Stuart Mathewman from Sade, mentioned a little secret I think I can share with you. He uses the Fairchild® 670 Compressor Plug-In on the master whenever he’s mixing, usually keeping the threshold all the way at zero – just for the glue. I put it on and the whole track just fit together. I adjusted my threshold for the track a bit, not too much in the first part, and automated the second part back to zero. An amazing plug in for really just being on the master channel! 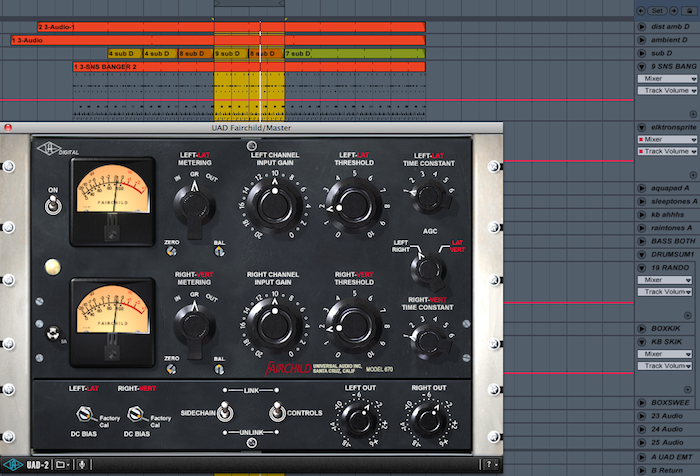 The UAD Precision Mastering Series has got to be one of the best out there. It really made a huge difference and was easy to learn.

I used the Precision EQ first to add a bit of shape to the dull mix. I checked things in the club when I DJ, which gives me real perspective of how much I needed.

The Precision Multiband was next up. I first clicked 'All' on the threshold to see which frequencies needed a bit of compression. The lower and lower mids were ducking a bit, so I took off the 'All' and then went to each band, boosting each gain to make up the difference in the duck. Graphically, it was simple and easy for me.

The Precision Enhancer again made an appearance, adding a bit of sparkle to the sound.

The Precision Maximizer reminds me of the old BBE hardware – just turn a few knobs until it feels right, then shape it a bit and, “Voila!” I also boosted the output a bit. After this, I went back to the multiband to adjust things, because its was a bit too much compression on low end.

Lastly, I used the Precision Limiter, which definitely gives Waves L1 a big run for its money. It’s easy and effective. I dropped the output back a bit and kept the gain reduction around -6db so it wouldn't sound too compressed, but I wanted a bit of overcompressed feeling for the second half of the song.

Here’s the before and after:

So there ya have it, Bit by Bit.