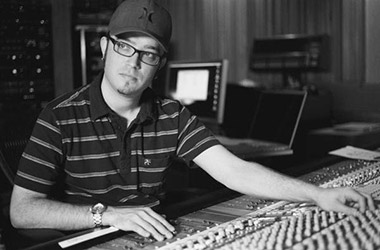 Grammy Award-winning mixer and engineer Jason Schweitzer has become an integral part of the hip-hop and pop scene. Making his name working with Dr. Dre, Schweitzer has since collaborated with industry heavyweights including Aloe Blacc, Mayer Hawthorne, Eminem, Nelly, Fergie, The Pussy Cat Dolls, Snoop Dogg, and John Legend. In this Producer’s Corner, he shows us how UAD Powered Plug-Ins were instrumental in mixing rapper Talib Kweli's track, “Come Here” (featuring Miguel) from the album Prisoner of Conscious.

For this track we had a few obstacles to overcome. We had to blend a lot of live elements with programmed elements and many of the tracks were recorded at different times and at different places.

Here is the final mix, unmastered.

Building Up the Lead Vocal

The first thing I tackled was the lead vocal. Although the level was quite low going into Pro Tools, the mic pre was overdriving, causing the vocal to lose some focus and resonance.

This is where I started to choose from my arsenal of UA plugs to see if I could build up the vocal, while keeping the original vibe intact. After some experimentation, I decided on an 1176 Legacy, SSL E Series Channel Strip, the Pultec EQP-1A Legacy, and a FATSO Jr./Sr. Tape Sim. & Compressor Plug-In. 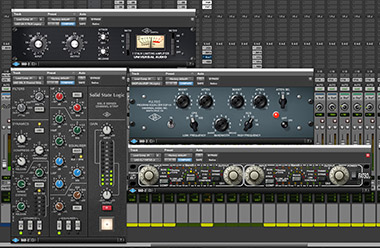 For me, this is a lot of plug-ins for one vocal. However, each one is playing a crucial role. The 1176 helped me even out the high and low levels of the vocal without making it sound too compressed, the SSL allowed me to carve out some frequencies and add what I needed to help it sit in the mix better, and the Pultec gives me some tube color as well as finishing EQ. Lastly, I put the Fatso Jr. on there to fill in the gaps of the overdriven harmonics, and saturate the vocal that last step to fully commit to the vibe and placement of the vocal.

That’s the meat of what I did to the vocal, but the final, and most important step, is the use of effects to add the space needed to give Miguel his place in the track. I used the EMT 140 Classic Plate Reverberator, an MXR Flanger/Doubler for a little edge, a Cooper Time Cube Mk II Delay, and a Roland Dimension D for a nice, effected delay.

Here is the vocal track dry:

And here is the vocal with the UAD plug-ins

This guitar plays a pad type role in the mix. However, I wanted it still to have its own vibe and place, instead of just being another sound stuffed into the track. The part itself is a little rough and uneven, so I tried to find a nice combination of textures to incorporate into the sound so it could have a little more depth and swing.

To that end, I used a Teletronix LA-3A Classic Audio Leveler and a Neve 1081SE Classic Console EQ. The LA-3A allowed me to even out the rhythm and to give it a little more continuity, while the Neve carved some stuffy frequencies out so the part could sit in the mix and have a little more bite.

For effects, I went with a Roland Dimension D used as an aux, with all four buttons depressed. This not only added a chorus-type effect to the guitar, but also some stereo field to help with the “pad” feeling the producer intended for this sound. 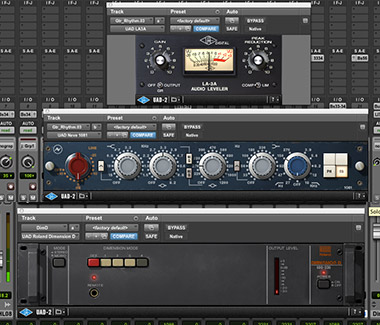 Adding Some Weight to the 808 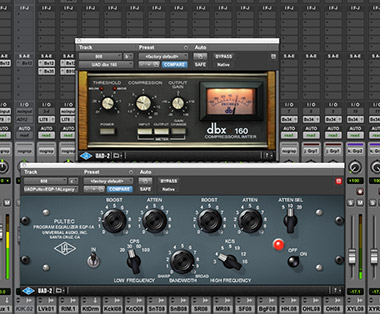 I wanted the heartbeat feel of the drums to come out, and the 808 kick drum was key to building my low-frequency foundation for the rest of the mix to sit on and pulse with.

I used a dbx 160 Compressor/Limiter and a Pultec EQP-1A Legacy. This combination of plugs helped me build a better attack and a tighter low-end which accentuates the heartbeat feel.

Go behind the scenes with producer/engineer Fab Dupont (Shakira, Santigold) as he works with Grammy-winning producer Jacknife Lee (U2, The Killers) creating the Apollo Artist Session at London’s AIR Studios — the debut of Apollo X Audio Interfaces.