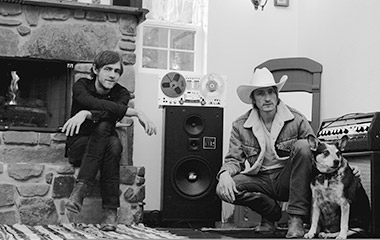 The process of making this record was interesting to say the least. We recorded all of the shows on the tour, but not necessarily for release. The two nights at the Ryman were particularly special though. Both the crowd and the band were particularly high-end that evening, and it quickly became apparent that this would be excellent to release as a live record.

Here is the finished track: 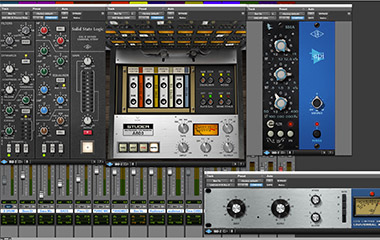 UAD Powered Plug-Ins were crucial for the lead vocal, in particular for this track. We needed tools that could really maximize what limited tracks we had, without making them sound too processed or digital. The SSL E Series Channel Strip Plug-In strip gave us dynamics and EQ right up front, before we hit additional processing, which was a Blue Stripe 1176 from the 1176 Classic Limiter Plug-In Collection, API 550a EQ from the API® 500 Series EQ Plug-In Collection, and Studer® A800 Multichannel Tape Recorder Plug-In.

Here is the dry vocal track:

And here it is with the UAD-2 plug-ins:

The 1176 was acting more as a peak limiter while the API adds a smooth midrange, some silky top, and just a hair of proximity. The Studer acts as a smoothing element, mostly for midrange. 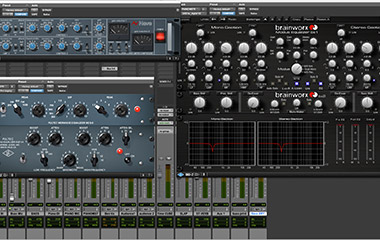 The piano is an upright that had been used on countless live shows at the Ryman. We recorded it with both a DI and a mic, so there was a fine balance of getting the better body of the mic with as low leakage as possible, and the much brighter sounding DI signal.

Here is the piano dry:

And here it is after processing from the UAD-2 plug-ins:

We made some simple cuts with the Brainworx bx_digital — which excels at cutting without sounding weird — generally in the low-mids, less for the actual instrument sound but more for resonance of the venue. The Neve 33609 was set to be pretty grabby-sounding, generally used more for tone than dynamic reduction. The Pultec Pro is adding a little body (mostly for the DI), and little bit of bite/sparkle around 8k. 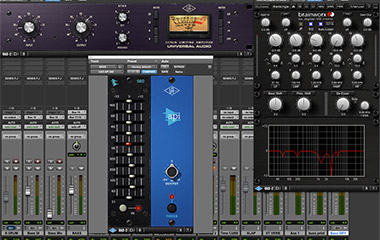 Here is the bass dry:

The bass has a lot of acoustic resonance from the stage. The Brainworx, again, saved the day by being able to make very drastic cuts with narrow Q, without mangling the sound. The 1176 is set to act a hair more like a RMS compressor, but never with tons of gain reduction. The API 560 is a very strong tonal shaper, and a little goes a long way. Here, it’s adding just a touch of warmth.