In the world of multichannel audio, connectivity has always been one of those subjects that’s too dull to spend much time talking about, but too important to ignore. Everyone has found themselves in the unenviable position of having the wrong “gozouta” for their “gozinta,” and Murphy’s Law dictates that your drawer full of adapters will contain six of everything but the one you need, including at least one that’s maddeningly close.

As more and more technology becomes wireless, the jungle of cable linguini in our studios is becoming a bit more manageable. At the same time, there’s still no shortage of cable and connector protocols to mix, match, and keep track of.

So here’s a short – and by no means complete – rundown of some of the current array of connectors in use today. In the interests of space, we’re leaving aside most of the older, lesser-used protocols like TDIF and SCSI in favor of technologies currently in use. 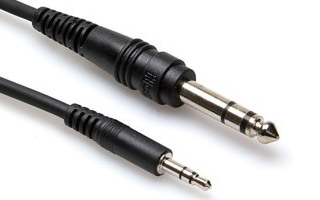 Originally invented for manual telephone switchboards, the standard 1/4-inch plug has been around since the late 1800s and is still the most common type of connectors for musicians. The TRS acronym stands for “Tip-Ring-Sleeve,” representing the three parts of the connector (Tip = positive, Ring = negative, and Sleeve = ground) and carries a balanced signal. Balanced signals are needed for longer runs of cable, as unbalanced signals can create noise over long distances.

The TS (Tip-Sleeve) version is a two-wire, unbalanced version. Due to their similar appearance and physical compatibility, it’s easy to confuse a TRS connector with a two-conductor unbalanced quarter-inch plug — and if you’re only hearing one side of your stereo field, chances are that’s exactly what you’ve done.

Standard quarter-inch TS plugs are most commonly used for guitar and other electrical instrument cables. The stereo versions are common on headphones, insert cables, and inputs and outputs on audio equipment that don’t need long runs of cable to connect — like studio mixers, compressors, and preamps. 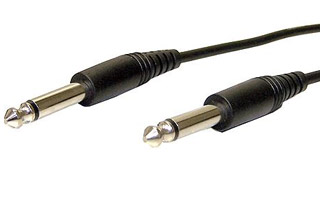 If you’ve spent any time in a traditional recording studio, you’ve likely seen another variation of the TRS plug. The pro audio and telecommunications industries have long used TT (tiny telephone) connectors in patch bays. Slightly smaller than a standard quarter-inch connector, TT patch bays have been fairly ubiquitous in the racks and consoles of recording studios, their size allowing up to 96 jacks to fit into a standard 19-inch space.

In the past decade or so, smaller variations of the TRS/TS connector have become increasingly popular, including the miniature (eighth-inch) and subminiature (3/32-inch) versions now used by most phones and MP3 players. 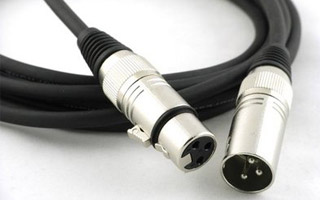 Introduced by Cannon Electric (now part of ITT), XLR is sometimes still referred to as a cannon connector, or colloquially as “Extra Long Run,” referring to the extra long cables that can be used with this balanced connection.

The connectors are circular, with anywhere from three to seven pins. Most commonly, the balanced three-wire version has been the de facto standard for microphones for many years. Three-pin XLRs are also used for loudspeaker connections, low-voltage power supplies, lighting controllers, and a host of other applications. They also carry digital audio signals through the professional-grade AES/EBU protocol.

Unlike an analog XLR microphone cable, AES/EBU digital connections run two channels of digital audio over a single cable. Depending on the gear, common sample rates between 44.1kHz and 96kHz can usually run through this standard “Single Wire” mode. However, “Dual Wire” mode is sometimes needed in order to run at higher sample rates for ultra high-fidelity audio, such as 176.4kHz or 192kHz. This is where only one channel of audio can run over a single XLR cable.

Other variations of XLR connectors include four-pin versions, which are used as the standard for 12-volt power in the broadcast, film, and television industries. Five-pin XLR connectors are used for some stereo microphones, like the Shure VP88. Six-pin versions are used for some stage lighting applications and intercom systems, while seven-pin models are sometimes found on older condenser microphones which use their own power supplies (as opposed to phantom power). 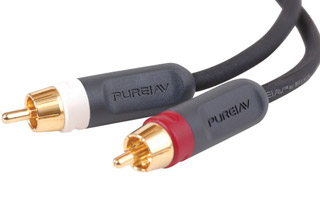 Sometimes referred to as phono or cinch connectors RCA is a two-conductor, unbalanced protocol commonly found on “prosumer” gear, as well as on turntables and consumer electronics. The RCA name comes from the electronics giant Radio Corporation of America (now a part of BMG), who introduced the design in the 1940s. 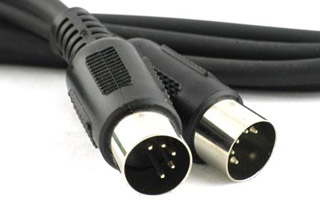 These DIN-style connectors come in a variety of formats and pin configurations, but the five-pin MIDI variety is probably what you’re most accustomed to seeing. Unlike the other connectors we’ve talked about thus far, MIDI cables are strictly for data. 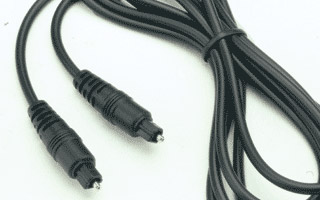 ADAT Lightpipe began on the Alesis ADAT digital multitrack tape machines introduced in 1992. Lightpipe carries eight channels of uncompressed 24-bit digital audio (at a 44.1 kHz or 48 kHz sample rate) over a fiber optic cable, and was originally used to transfer audio between ADAT recorders. While the ADAT recorder itself has found its way into the history books, its Lightpipe format has become a ubiquitous standard, used in digital mixing consoles, converters, audio interfaces, effects devices, and more.

S/MUX technology over Lightpipe is why you may often see four ADAT ports on a lot of current gear — two for input, two for output. However, not all audio equipment with ADAT Lightpipe ports support S/MUX, so it’s important (as always!) to check the manual. 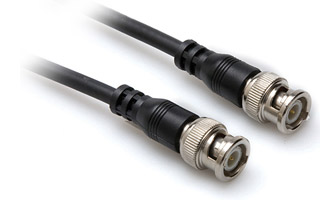 The BNC (British Naval Connection) coaxial protocol is used in the studio to carry Word Clock, a signal used to synchronize DAWs, digital tape machines, and other devices connecting via S/PDIF, AES/EBU, ADAT, or other digital audio formats. 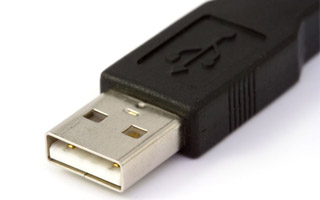 USB 3.0 can carry up to 5 Gigabits of data per second.

Universal Serial Bus has become an industry standard since its introduction in the late 1990s. It was designed as a connectivity protocol for computers, and is used today for everything from keyboards, printers, smartphones, and hard drives, to audio interfaces, MIDI interfaces, and other audio devices. It’s rare these days to find a computer or device that is not equipped with at least one USB port.

The original USB 1.0 spec only supported a maximum data throughput rate of 12 Mbps (megabits per second), making it impractical for carrying more than four channels of audio. The introduction of USB 2.0 in 2000, with a throughput of 480 Mbps, upped the ante considerably, opening the floodgates for multi-channel USB devices. In late 2008 the USB 3.0 spec was released, capable of up to 5 Gbps (gigabits per second) throughput, breathing new life into the USB protocol. 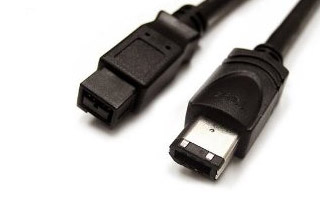 FireWire is the trade name created by Apple for the IEEE 1394 high-speed serial bus protocol. Introduced on Apple computers around 1999 (and on some Sony computers as i.Link), FireWire is a contender with USB for video and multichannel audio communication, as well as for hard disks and other computer peripherals. 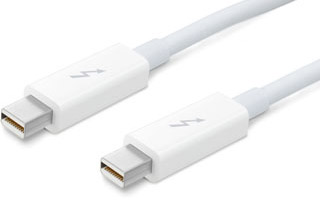 Thunderbolt is ideal for high bandwidth audio, and
connecting for multiple bandwidth-hungry devices.

Thunderbolt has a unique flexibility because it can run multiple formats, simultaneously, over a single Thunderbolt cable. At its core, Thunderbolt supports native PCI Express (PCIe) and Apple DisplayPort protocols, but can be adapted to just about any protocol that would typically run on a PCIe card — FireWire, USB, HDMI, Ethernet, you name it. However, with Thunderbolt, you don’t need any PCIe slots, just a Thunderbolt port on your Mac or PC.

Though it’s still early days for Thunderbolt, many computer manufacturers are embracing the technology, and many new computers will be sporting Thunderbolt ports in the coming years.

A primer on how to replace the tubes in your Universal Audio analog hardware.

Learn about this groundbreaking technology and the potential it holds for studio workflow improvements, data transfer, and more.