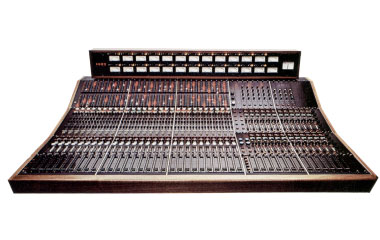 Along with Neve and Helios, Trident was undoubtedly positioned at the pinnacle of UK recording desks during the golden years of rock. Malcolm Toft’s designs—collaboratively with other Trident in-house staff—have certainly made an indelible impact on the sound of record making that is nearly impossible to gauge. The desks made available to Trident Studios, and to other studios on both sides of “the pond” fortunate enough to acquire them, were legendary in breakthrough flexibility and huge sound. During this time period, every record made on a Trident desk was uniquely and quite positively altered by the sonic imprint of their distinctive designs. Arguably the most famous and best loved was the original design, the Trident A-Range.

Trident Studios was (and still is, actually) an independent recording studio at 17 St. Anne's Court in London's Soho district—ideally located right in the midst of 1960s London nightlife. Brothers Barry and Norman Sheffield constructed it in 1967. The studio is famous as the place where many artists including the Beatles, T. Rex, Peter Gabriel/Genesis, the Rolling Stones, Queen and even American artists like Frank Zappa and James Taylor all cut and mixed many of their seminal recordings. Trident Studios became the most up-to-date resource for sound recording services at that time by being the first facility in the UK to feature Dolby noise reduction and 8-track recording capabilities; throughout the years, Trident always managed to stay ahead of the technological curve. The Sheffield brothers' relaxed studio atmosphere, free from the constraints of label-mandated recording procedures, plus the studio's state-of-the-art recording equipment, caused many artists and independent producers such as Glyn Johns and Eddie Kramer to flock there.

Some of the first major hits recorded at Trident were "My Name Is Jack" by Manfred Mann and Space Oddity by David Bowie, which launched Trident’s reputation. Another of the many famous albums recorded at Trident was Lou Reed's Transformer. The album was produced by David Bowie, who of course continued to record many of his own classic albums there, including The Rise and Fall of Ziggy Stardust. During the '70s, many great artists used these studios for their recordings, including most notably Elton John, Marc Bolan, Carly Simon, Mahavishnu Orchestra, and Jeff Beck. 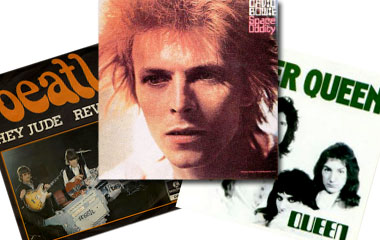 After some years working as an engineer with artists like the Beatles and David Bowie, Toft became the studio manager at Trident in 1971. At that time, he needed a recording desk that could facilitate the up-and-coming 24-track machine he wanted to employ. With this and other constraints such as control-room size, Toft first went to Neve to see what could be done. When it became clear their needs could not be met, Toft and Barry Porter began to consider “rolling their own." With the backing of the Sheffield brothers, Toft started on the task.

The first Trident A-Range console was originally built by and for Trident Studios; however, when word spread about this revolutionary new multitrack recording console design, other studios became interested. In 1972, Trident Audio Developments was formed, and consoles were soon delivered. Later, from an enthusiastic response to Toft’s “suitcase demonstration” at the 1974 AES convention, orders also started pouring in from America. Cherokee Studios in Los Angeles was an early recipient of one of the first production models, and ultimately purchased three new desks from Trident. David Bowie, Rod Stewart, and Frank Sinatra are among the first artists to record hits on Cherokee’s first A-Range console.

With only 13 consoles ever built of this model, the Trident A Range has attained near-mythic status in the professional recording industry—particularly noted for its fantastic preamps and unusual and colorful EQ. It is interesting to note that the original desks all came in the beautiful aubergine (“eggplant”) color, which was ultimately selected by legendary producer Roy Thomas Baker. While later A-Range type desks were sold by Cherokee Studios in the U.S., (finished in black, sometimes grey, and labeled SMS, SMA, or SMT) only the aubergine-colored desks are of the original 13.

Click to see a full size version of the channel strip

The console in general—specifically the EQ’s frequency and tonal response—was tailored over a year’s time at Trident with many of the in-house staff and independents offering their input for the sonics. This process was done almost exclusively by ear, and is an important aspect to the Trident/Toft design approach as evidenced by the enthusiastic and lasting interest in the A-Range design. As is so often the case, customer-driven products prove to be superior!

The unique EQ section of the board is what the Trident A-Range sound is all about. A series of three high pass filters at 18 dB per octave and three low pass filters at 12 dB per octave are arranged at the ends of the EQ section. They are unique in that the switches can be pushed in simultaneously, offering distinct cut filter combinations with unusual filter curves. The rest of the EQ section allows four frequencies at any one time, switchable to one of four frequencies. Low Shelf: 50, 80, 100, 150 Hz; Low-Mid Bell: 250, 500 1k, 2k Hz; High-Mid Bell: 3k, 5k, 7k, 9k Hz; High Shelf: 8k, 10k, 12k, 15k Hz. With a unique tactile experience, linear faders control the gains, with around +/- 15 dB of boost/cut. Remember, these were the good old days before sweepable frequencies and Q controls.

In an interview with Tape Op, Toft made clear that the "holy grail” of the design was minimal distortion in the audio path, but for me the most interesting aspect of the inductor-based EQ design is the measurable band dependencies between both the two bell filters and between the two shelving filters. This adds to the unique Trident A-Range sound, and it seems clear that beyond the already interesting filter shapes, this band interaction and parasitic phasing is what imparts unique filter anomalies that one might call imperfect, yet somehow is magical in the context of mixing a record. Was it intentional? Is it sometimes best to let the mystery of “by design” versus “happy accident” remain?

UPDATE: The Trident A-Range Classic Console EQ for UAD-1 and UAD-2 is now available (as of v5.5.0) with the latest UAD Software. Learn more here.