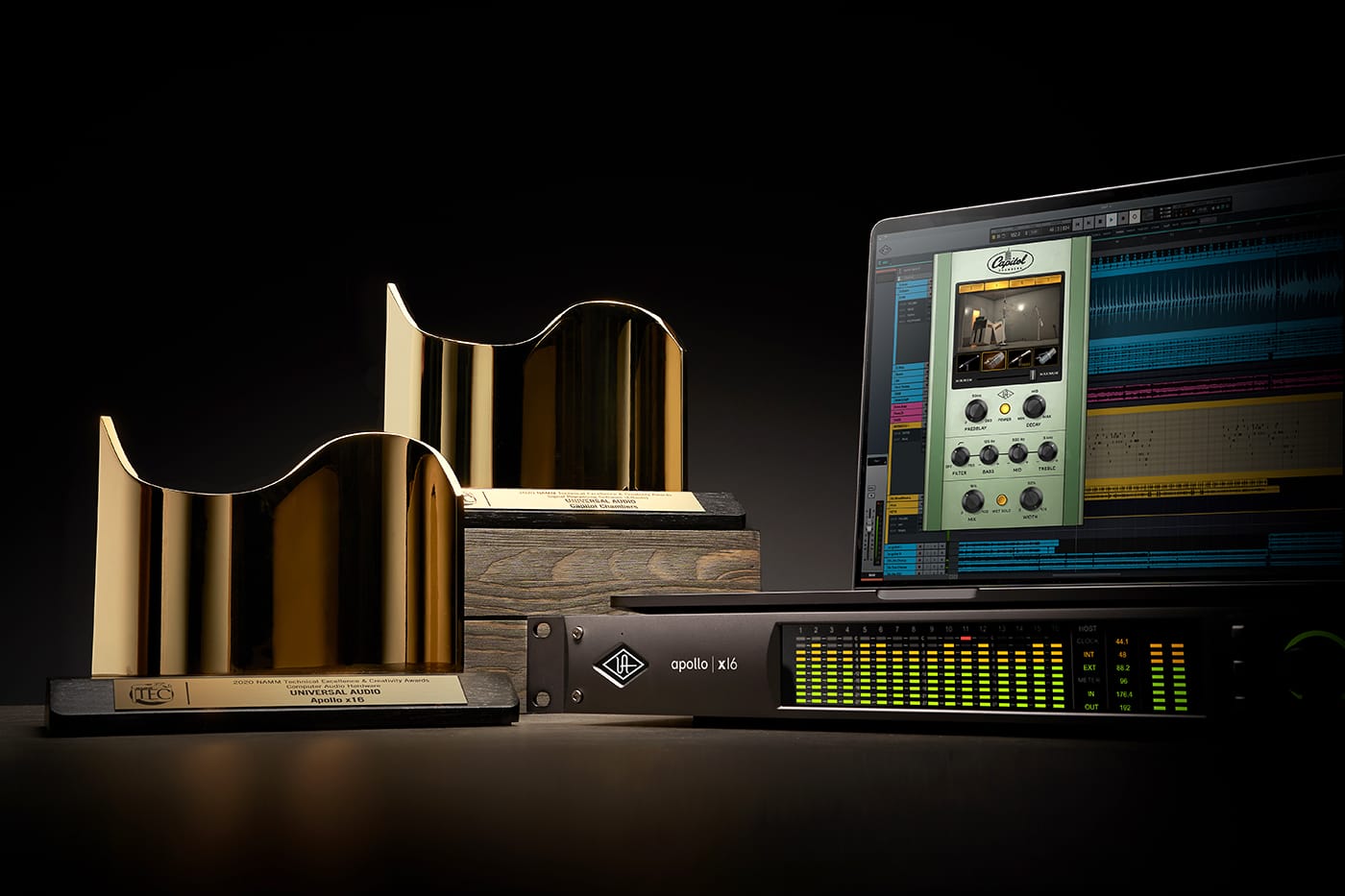 SCOTTS VALLEY, CA • February 06, 2020 Universal Audio, a leading manufacturer of professional audio recording hardware and software, is proud to announce that Apollo x16 and Capitol Chambers have each won Technical Excellence and Creativity (TEC) Awards at the 2020 NAMM Show, along with additional nominations and “Best in Show” mentions for Apollo Artist Session Vol. XIII and the all-new LUNA Recording System.

Since 1985, the TEC Awards have honored outstanding achievements in professional audio production and product innovation. Each year, hundreds of entries for nominations are reviewed and voted upon by an extensive panel of veteran sound and music industry professionals in the U.S. and abroad. With multiple nominations at the 2020 NAMM TEC Awards, this marks Universal Audio’s eighth consecutive win in Computer Audio Technology.

“We are thrilled to accept TEC Awards for Apollo x16 and Capitol Chambers,” says Bill Putnam Jr., CEO and founder of Universal Audio. “Both products represent our team’s ongoing dedication to craftsmanship in both hardware and software domains. This has been a breakthrough year for UA, and with the arrival of LUNA we are excited to continue pushing the boundaries of what is possible in audio.”