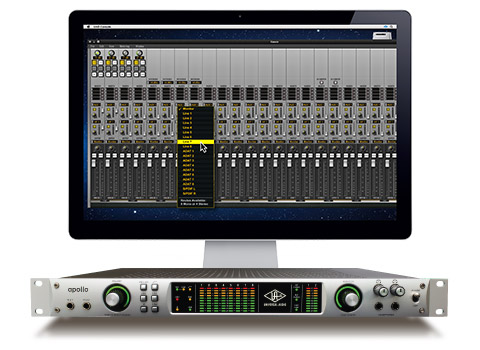 Universal Audio’s latest UAD Software v7.1 provides some extremely useable enhancements to the Apollo Audio Interface. Key among them is Flex Routing, which allows inputs to be routed to hardware outputs, headphone bus routing, as well as selectable pre/post Aux send. If you’re already working with the Apollo, or maybe you’ve been considering the new Apollo 16 — Flex Routing will not only speed up your workflow, it will enrich the entire Apollo experience.

Check out the video below for more on Flex Routing and its features. Download UAD Software v7.1 here.

Producing Tycho from Studio to Stage

Vance Powell shares his favorite miking techniques and how he captures creative inspiration and sonic nirvana via fearless mic positioning and UAD plug-ins.