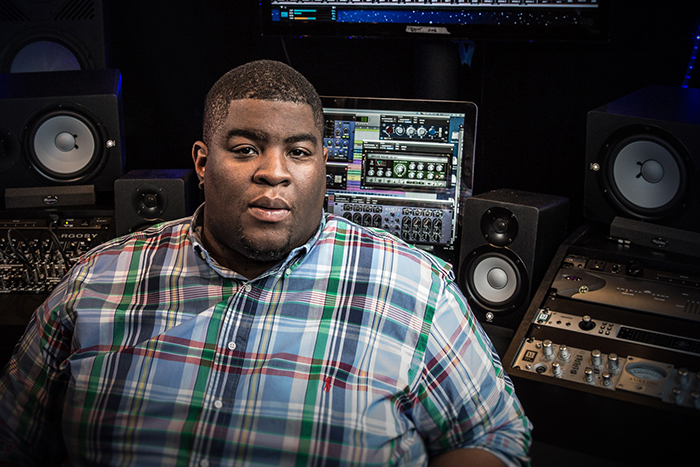 
"My creations are based upon what I want to hear that I’m not already hearing somewhere else," says multi-platinum producer Salaam Remi, speaking from his office in New York City. "I create what I’m missing."

A simple premise, perhaps, but one that has yielded massive success for Remi, who began his career as a keyboardist on Kurtis Blow’s 1986 album Kingdom Blow. Since then, Remi has gone on to produce for Nas, Usher, Amy Winehouse, Miguel, Whitney Houston, Leona Lewis, and many others. Remi was also nominated for a Grammy in 2012 for Producer of the Year and he has been Executive Vice President of AR/Production at Sony Music since 2012.

Amongst his growing duties as executive producer on a wide range of projects, Remi still found time to co-write and co-produce Alicia Keys’ 2012 smash "Girl on Fire," and just last year, he also released his own Grammy-nominated debut album, ONE: In the Chamber.

Here’s what Remi had to say about balancing his duties in the studio and boardroom, fusing disparate influences throughout his impressive body of work, and how UAD Powered Plug-Ins and the Apollo interface has streamlined his process — and lightened his load.

What's new and exciting?
At this point, a lot of what I do is executive producing and mixing more records than I’m actually creating, as well as going back and pulling up projects that I’ve done over the past years, mixing those projects, and putting them to the fore. An exciting one for me is an artist named Liam Bailey, who I’ve worked with over the last five years. He was on different records by a group called Chase and Status and had a big UK record called "Blind Faith." I produced and wrote with him, and that’s the key thing at the moment where I’m using my engineering and recording skills, outside of the executive space.

How are the roles of producer and executive producer different for you?
Producing is very hands-on. As the executive producer, I’m more responsible for pulling things together and handling the financial aspects of a project. It’s more like coming in every few weeks, seeing if things sound good and if everybody is working well together, and offering advice. The producer is more day-do-day into what needs to happen as far as making a record and shaping it with the artist.

Do these roles ever go hand in hand?
I see executive producing as adding another set of ears, like having a friend hanging out, as if I wasn’t involved with the business of the project. I might suggest using a snare drum here, or putting a different bass there, just sharing ideas and thoughts on ways to make something better. Ultimately, the decisions are up to the artist.

I see it like this — robots get programmed and artists get inspired. If I suggest something to the producers and artists that I’m executive producing, it’s not for them to do exactly what I say. It’s for them to take some inspiration from this other point of view and apply it.

How do those influences play into working with an artist like Nas?
Nas and I are friends, and we like a lot of the same music — and our conversations about music spill out into our creations. He’ll say something like, "Hey, remember that song?" Sometimes I might sample it, but other times I might just create something that’s in the zone of the track that he was talking about.

And Alicia Keys?
“Girl on Fire” was the same thing, a conversation that developed into being a record. It came out pretty easily, to be honest. I usually work that way — when I’m speaking with people who have talent, our conversations can quickly turn into audio and musical conversations.

“Even though I’m a vintage freak and I track through a lot of old analog equipment, I still use UAD Powered Plug-Ins.”

How exactly did that manifest with “Girl on Fire?”
I came up with some chord changes on my laptop and was playing with some beats and also a guitar riff. Then Alicia started singing to it. Jeff Bhasker came in and started playing the piano to the chord changes that I had in the guitar part. Eventually, we all sat together and worked on it and, three or four hours later, we had the basis of that song. 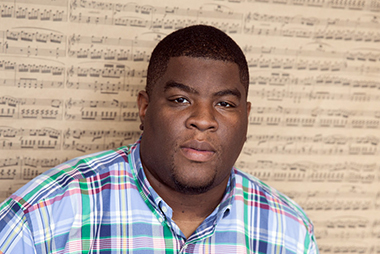 “The Roland RE-201 Space Echo plug-in
gives me a nice clay to work with.”

When you’re mixing, what role do Universal Audio plug-ins play?
In all of my studios, I have an Apollo Interface or UAD-2 Satellite DSP Accelerators hooked up. Even though I’m a vintage freak and I have a lot of the older analog equipment that I record through, I still use UAD Powered Plug-Ins.

So even though I record through my hardware Neve 1073, I’ll still utilize the UAD Neve 1073 Preamp & EQ Plug-In Collection, the Teletronix™ LA-2A Classic Leveler Collection, and the Roland® RE-201 Space Echo Tape Delay Plug-In. So whether I’m in New York, in my space in London, or in Miami or Los Angeles, I work mostly on my laptop, plug into the interface wherever I’m at, and still have access to the same sounds.

Can you talk about your solo album, ONE: In the Chamber?
ONE: In the Chamber is my first vocal-based album that I’ve done myself. I did an instrumental album previously called Praugenosis that I was going to release a vocal version of, but I’d already taken so many of those tracks and put them in other projects that I decided to look at my catalog again — I realized that I had a lot of songs that hadn’t been released and that involved my orchestral background, as well as the hip-hop, reggae, or jazz angle from the music that I love. So I was able to get in and create a body of work out of the songs that I’d already written. One song was “One in the Chamber” featuring Akon, so I decided to name this project, it being my first album, ONE: In the Chamber.

Did you use the Apollo interface on that album?
For sure. Some of it started before I had the Apollo, so I used my UAD-2 Satellites DSP Accelerators. In general with my mixing process, I usually continue to mix and mix until the final minutes. And because I was traveling a lot between Miami, Los Angeles, London, and New York while I was finishing that album, I was able to open my mixes and continue to work on them without needing to even be near my full studio. With a great set of monitors, the Apollo, and my plug-ins, I was able to continue without having to recall the physical gear.

Utilizing the Apollo with the Thunderbolt connection does a lot for me. I work at 96 kHz, so even though working on the project at that resolution eats up more power, I’m really happy with the sonics that I’m able to push out using it. A lot times these days, I work off of powerful laptops, and I’m excited to be able to expand what I do with them in every way.

Has this technology changed the way you work?
Yes. Over the years, there were times when I had to ship two or three full racks of vintage gear all over the country. Now, that equipment is able to be there virtually because I have Universal Audio hardware with the plug-ins attached that are close replicas of the analog originals. Now, I’m able to really get the sounds that I’m used to, wherever I am.

When you had to ship analog gear, did you have to reset every single parameter once you opened it up again?
Oh yeah, we formulated different ways of dealing with it. We sometimes took pictures of the gear settings — at one point, we had a Hi8 video camera to help us remember how things were set and to keep lining it all up. At this point, I guess we would be using iPhone pictures [laughs], but it definitely means something now to just be able to pull up the plug-ins and do it.

When you’re mixing, what is your go-to UAD reverb?
The Roland RE-201 Space Echo plug-in — I love messing around with the knobs and toying with the sounds I’m putting into it. I don’t have favorite settings that I always go to. If I feel like I have nice clay to work with, I can always make something.

When you’re experimenting with a reverb like that, how do you know when you’ve hit the right setting?
I feel it. When something’s right, it’s like an unspoken language and it inspires me. It’s like picking vocal takes — sometimes you just feel it and that’s it.

Do you have other go-to UAD plug-ins?
The Neve 1073 is usually my thing. I mess with that a lot. Also, the EMT® 140 Classic Plate Reverberator Plug-In — I use those more than anything else. Sometimes I use an API Vision Channel Strip or the Pultec EQP-1A on bass. When I’m recording, I usually track on a Neve board, or at least through Neve preamps. With drums in particular, I usually continue with the Neve aspect within the box, using UAD tools for that as well.

Why do you prefer Neve over, say, SSL?
I’m usually looking for something that has a bit more grit to it, rather than smoothness. The Neve pushes the grit for me.

How do you get acquainted with new instruments or plug-ins?
If I’m in a music store, I sit down and use whatever tool to try to create some-thing. If I’ve never played it before, I see if I can get three or four ideas that feel good in a few minutes. I do that with plug-ins, keyboards, guitars — any instrument — if I feel things just come out without me forcing myself, then I keep moving with it.

The UAD plug-ins are great tools, but once you’re introduced to great tools, it’s about what you do with them. You’ve got the tool shed — so find your passion and build.

What Does it Take to Become a Professional Mixer?

In The Business of Mixing email series, Schweitzer delivers tips and tricks for navigating the creative landscape, and taking your mix game to the next level.