Editor's Note: In this article, famed Motown producer/engineers David Issac and Reggie Dozier reflect on capturing some of the best-recorded vocal performances in history. As the men behind the boards for Stevie Wonder, Aretha Franklin, Michael Jackson, Whitney Houston, and many more, this dynamic duo has helped shape more than a few Motown hits.There were many recording techniques used in my years as an engineer back in Detroit in the various recording studios around: Selah, Sound Suite, Vanguard, LaMonte’s, United Sound, Studio A, and more. I shared some of these memories with another fellow Detroiter, the great engineer Reggie Dozier (brother of Lamont Dozier from Holland-Dozier-Holland), over lunch to help me recall the analog days, and to give you guys even more bang for your buck in this article! 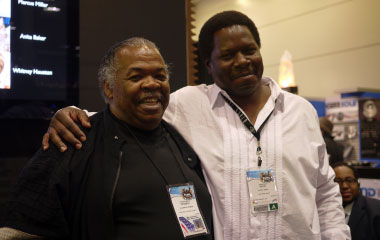 Recording vocals can be simple or scientific. It depends on how much time you have to try different microphones, gear, or techniques if you’re in a recording studio on the clock, or in the privacy of your own home studio. Of course, you hope that the vocalist coming through the door knows how to “work” a microphone. For example, vocalists like Aretha Franklin, Stevie Wonder, Chaka Khan, and Gladys Knight will move in and away from a mic, depending on the intensity of thoughts they are singing. This technique provided us with incredible dynamics, and in most cases meant we did not have to heavily compress a vocal.Next, the proximity of where the vocalist stood was key. When we did anything like doubling or background vocals, the proximity on one track may be closer than on another track, or if background vocalists were recorded together, the blend of the harmonies or levels were based on how close they stood to the mic. If you were loud, or if your harmony stood out, you had to stand back more. Back in the days of analog tape, you might have one chance to get it right. Some vocalist would come in ready to go, do one or two takes and that’s it. They barely would allow you to get a level.Usually, the first take was the best take or it might have the most creative moments in it, so your levels needed to be close immediately. We couldn’t assume that we had plenty of warm up time, and punching in to fix a distorted vocal was embarrassing to say the least! The key was to make sure that you kept the dynamics of the vocal without overloading and distortion, to use a pop or wind screen, and having the mic at a good height and angle helped to eliminate plosives and kept you from having to de-ess later. 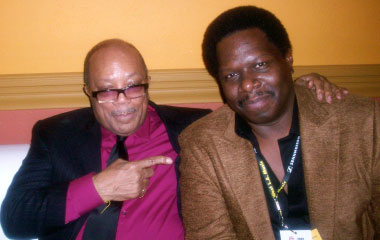 For the most part, there was no copying and pasting unless you transferred the information to another tape machine, then pressed Play at the right time to record it back to the multi-track. Later, in the '80s, units with short sampling times came along which made that much easier.We made sure that the vocalist had a good headphone mix to prevent any distractions. The right headphones were used to keep out as much headphone leakage as possible in the recording. The booth was usually dark or dim, in most cases to create the mood and allow the singer to see the music easier. This also kept them from feeling self conscious and gave them the ability to give an uninhibited performance. To see a room full of guests in the control room could sometimes be nerve wracking, so it helped to know that they couldn’t see you. The producers had to know the art of what to say to the vocalist over the talk-back and in the studio, between takes, to motivate them and guide them to the promised land of the perfect take.

My first response was and still to this day is, “Use whatever you have that sounds the best!” Typically, if you stand in the vocal booth and listen to the vocalist, then go into the control room, it should sound close to what you heard in the vocal booth to maintain the natural color of the vocalist, unless you want to add warmth or a color via the mic, mic pre, or compressor. In other words, use a ribbon, dynamic, condenser, whatever works and fits the track. What good is a big fat vocal in a dance track if it’s not the main focus of the song, or a small vocal in a big lush ballad that calls for a big vocal because you did not choose the best mic?Now with that being said, in the '80s and early '90s, I used Sanken, AKG 414 EB or C 12, and Neumann U 87 mics a lot. Sometimes we would use the Electro-Voice RE20 dynamic mic. We used to call it the “Stevie Wonder” mic. This mic allowed you to not have to worry about the typical proximity problems if you were working with either a soft singer or a strong singer who was close to the mic, the low end didn’t change like it would using the typical dynamic mic. We also used the Shure SM7 mic. We called that one the “Michael Jackson” mic. If the singer was one to snap their fingers, stomp their feet, et cetera, and we wanted to hear that, we might set the mic pattern to omni to record everything, and heavily baffle the area behind the mic so as not to pick up anything in that area. 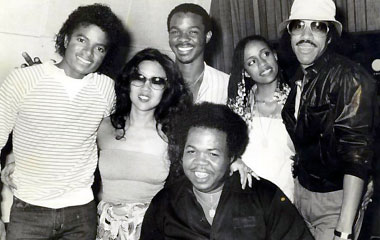 Now that we’re recording into computers, those of you who aren’t sure can always record an extra track simultaneously without compression to be safe and not lock yourself or a mix engineer into an over-compressed vocal. UREI 1176, dbx 160 and 160X, Drawmer 1960, LA-2As were used often. We would compress anywhere from 3:1 to 8:1, and only if needed and always using soft knee whenever available. Now that we’re in the age of recording digitally, it’s really important not to distort. In the days of analog, you could also hit a little bit of tape compression and that was okay too, but today some of those levels would sound nasty in the digital realm.

Typically, we used a plate reverb lightly on the vocal, just enough to give the vocal a good tail without being too thick. The choices of reverbs ranged from the EMT 140 and EMT 250, the newcomers from Yamaha at that time, the REV1 and REV7, the Lexicon 224XL, and the AMS RMX 16. EQ was never used. We always got our sound via the best selection of mic, mic pre, and sometimes the best compressor based on what was available in the studio.

If time permits, don’t be afraid to experiment. If you’re recording in your home studio, closet, et cetera, be sure to place sound dampening materials on low ceilings and close walls to avoid as many early reflections as possible.

So, in closing, here are a few things to keep in mind:Choose a mic/mic pre that work best for the color and power of the vocalist, unless purposely trying to change the sound.Be prepared to get a great recording on the first take.Make sure nothing will distract the vocalist from giving a great performance.Only use a compressor if need be, and really try to steer clear of using EQ.Make sure vocalists can hear themselves in the track as though listening back to a recording, unless they say otherwise.If time permits, have fun and experiment.I would like to send a big thanks to Reggie Dozier for joining me in this article. – Dave Isaac